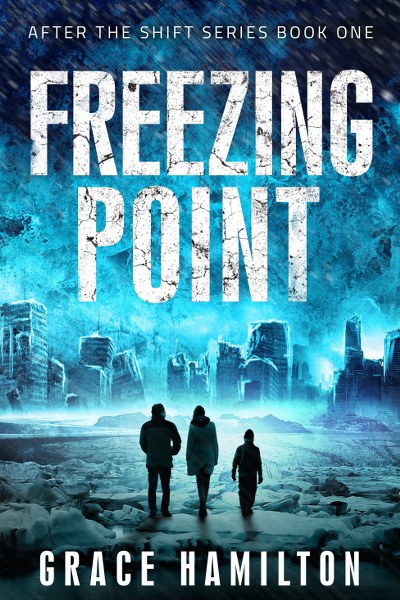 In the dawn of a new
Ice Age, families everywhere are taking to the road to escape the
frigid landscape—but you can’t outrun the cold.
No one could have
predicted the terrifying impact of human interference in the Arctic.
Shifts in the Earth’s crust have led to catastrophe and now the
North Pole is located in the mid-Atlantic, making much of the eastern
United States an unlivable polar hellscape.
Nathan Tolley is a
talented mechanic who has watched his business dry up due to gas
shortages following the drastic tectonic shifts. His wife, Cyndi, has
diligently prepped food and supplies, but it’s not enough to get
them through a never-ending winter. With an asthmatic young son and a
new baby on the way, they’ll have to find a safe place they can
call home or risk freezing to death in this harsh new world.
When an old friend of
Nathan’s tells him that Detroit has become a paradise, with
greenhouses full of food and plenty of solar energy for everyone, it
sounds like the perfect place to escape. But with dangerous
conditions and roving gangs, getting there seems like an impossible
dream. It also seems like their only choice.
Goodreads
* Amazon
My Review:

Eight years ago the world went through a change. The stars in the sky had changed positions and the North Atlantic had started to freeze over. Winters have been worsening for some time now and it does not look like there will ever be a spring or summer. The shift in polar locations had plunged America and Europe into a new Ice age. Nathan Tolley and his wife Cyndi along with their ten year old son Tony, have been living in Glen Falls, N.Y. but, slowly the town is starting to die out as more and more people are leaving every day. Plus, they now have to deal with scavengers stealing supplies and raiding homes. Cyndi wants to leave their home before things get worse. Nathan finally accept the need for change so they gather all the necessities and head out to Detroit. Nathan has a friend living there and describes Detroit as being the answer to all of their prayers. Along with their friend Freeson and a ragtag group of strangers they pick up along the way, they try to outmaneuver a roving band of scavengers intent to do them harm all the while trying to brave through the force of mother nature. Will they ever reach Detroit safely and will it be all that they were expecting?

I love books with a dystopian theme and Freezing Point really hits home on the horrors that can be faced if something like this could ever happen in real life. The world building was just frightening and seemed all too real. It’s like really being able to feel the cold, feel the snow, see the ash in the sky covering the sun. The snow blanketing everything in its path and blizzards coming from nowhere ready to extinguish life in its path of destruction. I definitely would not want to ever live in that kind of world. It really hits home just how bad the commute is to Detroit when the group was only able to go a few miles a day because of the harsh weather.

Nathan Tolley really is a nice and caring family man, but there were times when I disliked him and felt like he was a wuss, especially in the first half of the story he tries to do the right thing, but sometimes it is all about survival and taking care of your family. I don’t think he really understood that for most of the story as he wanted to help anyone they crossed paths with. There are dangers everywhere around and the only one who seemed to understand was his wife, Cyndi. Cyndi was a badd*ss. She knew her stuff. She grew up with a father who prepared her for anything. She could shoot better than any man and she grew up prepping for the future. Cyndi really was the rock of their family. However, I do feel that Nathan redeemed himself later on in the story and that’s when I finally liked him as a character. There are a colorful cast of secondary characters such as Lucy, a rich woman that added some comedic relief and actually had me laughing and rolling my eyes quite a few times. She is very judgy, but does have some redeeming qualities as well.

Freezing Point by Grace Hamilton is packed full of action edge of your seat dystopian filled with characters I can relate and sympathize with. I absolutely loved this story which is the first book in the After the Shift series. I do want to point out that the ending is rather shocking and now I really need to know what happens next! 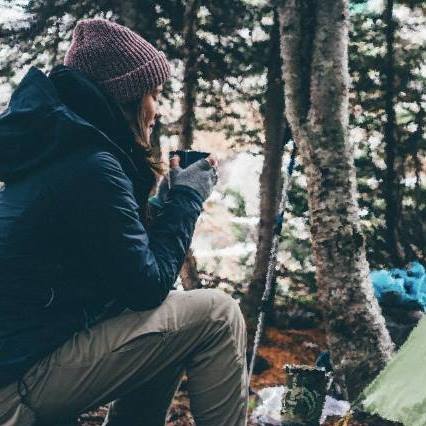 Grace
Hamilton is the prepper pen-name for a bad-ass, survivalist
momma-bear of four kids, and wife to a wonderful husband. After being
stuck in a mountain cabin for six days following a flash flood, she
decided she never wanted to feel so powerless or have to send her
kids to bed hungry again. Now she lives the prepper lifestyle and
knows that if SHTF or TEOTWAWKI happens, she’ll be ready to help
protect and provide for her family.
Combine
this survivalist mentality with a vivid imagination (as well as a
slightly unhealthy day dreaming habit) and you get a prepper fiction
author. Grace spends her days thinking about the worst possible
survival situations that a person could be thrown into, then throwing
her characters into these nightmares while trying to figure out “What
SHOULD you do in this situation?”
It’s
her wish that through her characters, you will get to experience what
life will be like and essentially learn from their mistakes and
experiences, so that you too can survive!
Website
* Facebook
* Amazon
* Goodreads