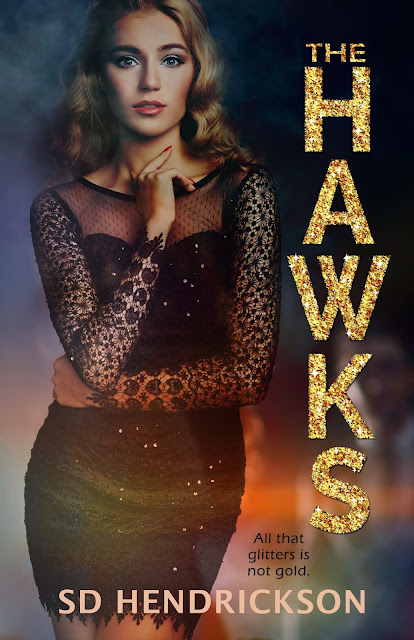 Title: The Hawks
Author: SD Hendrickson
Genre: Romantic Suspense/Family Drama/New Adult
Cover Design: SD Hendrickson
Release Date: July 26, 2018
Blurb
“Sultry
summer of suspense that leads to the fall of a powerful family”
He warned
me. Said hawks were dangerous birds. Their majestic beauty could blind your
eyes as they picked the flesh from your bones. But even hawks have enemies. And
they eventually came for the Hawthorn family. Held us hostage. Demanded
retribution.
But I
wasn’t a Hawthorn. No, I was just the help. Caught in the turmoil of a tragic
family. I worked hard for Delsey Hawthorn. Tried to earn the respect of the
reigning tyrant. Assistant. Event planner. Gardner. Chauffeur. I added it all
to my resume.
And then I
met Javier Hawthorn. Delsey ordered me to stay away from her grandson. But like
a moth to a burning flame, I gravitated toward him. He was so different than my
world. Irresistible. Charming. He brought a calmness to the chaos.
But that
was before the intruders came into the house. Tied us up. Hurt us. We struggled
to get away. We fought to survive. But who were the men behind the masks? Did
we know them? Because someone who got this close to the family at night must be
even closer during the day.
ADD TO GOODREADS 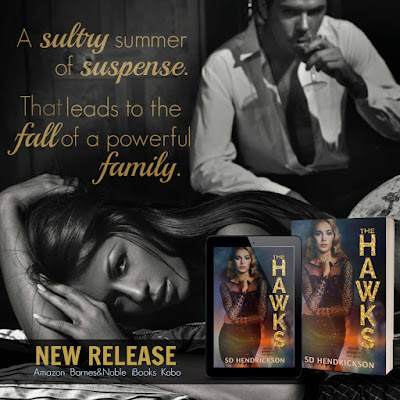 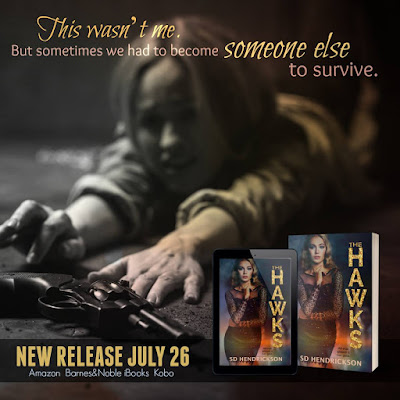 Excerpt
“I’m sorry. I wasn’t trying to upset you.” My hands cupped his cheeks. I peered into his eyes, trying to read him better as I wore my heart on the outside. “I know this is supposed to be casual. But this doesn’t feel casual to me. You are so good to me. So much more than I ever expected. The way you make me feel. I just need to know if you feel the same way. And it’s okay if you don’t. I just need to know the truth.”
Javier rested his forehead against mine. “I feel the same, Sarina.”
“You do?” The elation filled my chest and I leaned up to kiss him, but his words stopped me.
“I feel the same, but you’re not really mine. Not permanently. What right do I have to feel jealous or angry?”
“But you have every right,” I pleaded with him. “If you think we’re together.”
The emotions shifted in his eyes as he struggled with his answer. “Maybe I tried to pretend at first. That you could mean nothing. But I couldn’t. I care about you, Sarina. And in another time or place, I could see myself wanting so much more with you. But the more we feel, the harder it ends.”
“You don’t think I know that?” I whispered. “I know you will hurt me. Eventually.”
“But I don’t want to hurt you. So I have to ask you this. Do you want to stop now before this gets more serious? Before it hurts more?”
“No,” I gushed. I didn’t even hesitate. The idea of him pulling away sent a panic through me. I didn’t care about the heartbreak that would come later when he left me. I needed him in my life right now. “I don’t want to stop seeing you.”

Sarina Atwood has goals and ambition. Living in her grandparents home with her mother and younger brother does not work in the life plans she has set for herself. She has big dreams, but the longer she stays with her grandparents every day feels like she is dying inside even more. Her grandparents are hard working people, but there is never enough of money to go around. Plus, Sarina’s mother has emotional issues which take a huge toll on the family. Sarina finally gets the opportunity to be free when she is offered the job as personal assistant to the wealthy Hawthorn family. Delsey Hawthorn is the matriarch of the family. She is a harsh older woman who rules her family and staff with an iron fist. What Sarina will soon come to realize is that even the richest of families still suffer the same kind of problems as everyone else.

Sarina is such an interesting character to me and for the most part I did like her, but at times I also disliked her as well. I can understand Sarina wanting to get away from her family. She had goals and she didn’t want to feel as if she was stuck in the same life as her grandparents. She did not want that life for herself. At times if felt like Sarina was selfish, but yet you can see how deeply she cared for her family and how important it was to Sarina to help them with money and bills. So, as much as I thought she was selfish in the broad spectrum of things I also think she was deep down in her heart selfless as well.

Working for Delsey Hawthorn was not an easy task. Delsey was a bitter old woman with money and connections. Connections that Sarina needed in order to advance after her position ended. Delsey was just downright nasty and mean. But, she also taught Sarina important lessens and in a way helped Sarina grow as a person. Sarina’s only saving grace was Javier, Delsey’s grandson. Sarina and Javier shared a connection unlike the relationship she had with Cole, her previous boyfriend. Sarina and Cole’s relationship was just toxic from the start. It didn’t mean that they didn’t love each other, but they definitely were not good for one another either.

Javier was just so sweet to sarina and I can see how easily it would be to fall in love with him. He didn’t look down on Sarina because she didn’t come from money. He treated her like a human being and you can see how their relationship started to grow and how love just blossomed between them. Javier also had a love/hate relationship with his grandmother, who forbid Javier from consorting with the help.

I really loved how the story was told in both the past and the present. We already know right from the beginning that there are intruders in the Hawthorn home and little by little we get glimpses into what is going on and why the intruders are there. They play a major role in this story and not everything is as it seems. I really went back and forth trying to guess who was holding them hostage because there are a couple of red herrings thrown in that really had me questioning what I thought I knew.

The Hawks is sad at times and yet you get these little glimpses of humanity thrown into the mix that make each of the characters stand out and seem real. As much as I disliked Delsey, I found myself realizing that everything that she did she had a reason for and as much as she was a bitter woman, she did love her family even though she didn’t show it enough.

The Hawks is a brilliantly crafted story that gripped me from the first page. I savored every last word right up until the end. The story encompasses everything that I love including romance, mystery, and the trials and tribulations of families regardless if they are rich or poor. The story is just so intricately weaved and has many layers to peel through until you finally reach the heart of the story. I can see why so many readers rave over S.D. Hendrickson. This may have been the first story I have read by Hendrickson, but I plan on picking up some of her earlier books because she is such a fantastic writer and The Hawks really lives up the the Five Stars I have given it. 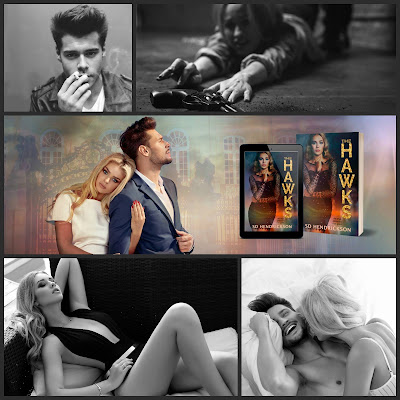 Author Bio
SD Hendrickson received a Bachelor’s of Science in
Journalism and Public Relations from Oklahoma State University. She is the
author of The Mason List, Waiting for Wyatt, and My Lucky Days.
Author Links
INSTAGRAM
FACEBOOK 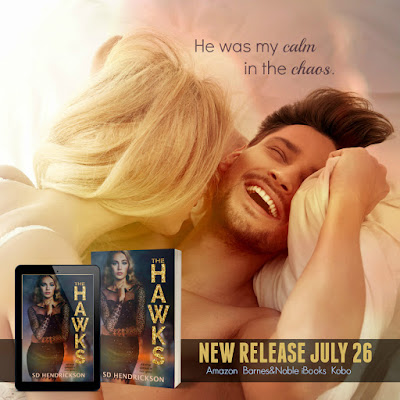 The Centaur Agency b