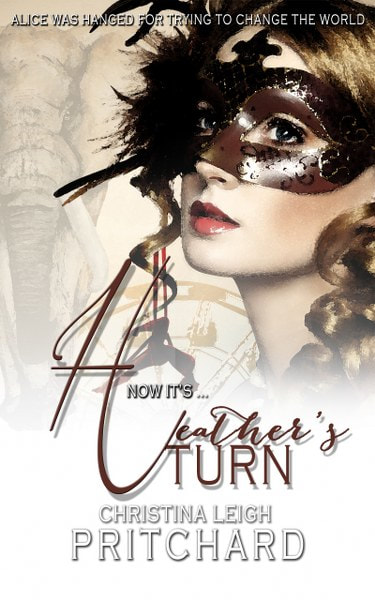 Alice failed. Now it’s Heather’s turn.
Did you ever hear the old saying, Ignorance is Bliss? That’s how it was
for Heather and her friends. Life at the carnival was normal. Then,
one small event, catapulted them into reality–into what they really
were…
Freaks.
Heather and her friends discover just how strange they are when they’re
forced to step into our world. They see what life is like in various
cultures and unravel a dark history that’s been buried deep by their
relatives. When they learn the truth, can they forgive and move on?
Or will the hate consume them like it did their parents? Will they
find the same misfortune as Alice who was hanged for trying to change
the world? Or will their bond of friendship be too strong to allow
the world around them to corrupt the way they view each other?

Carnie life is all Heather and her friends, Miguel and Shiesha know. This is where they grew up living a carefree life, living and working in the carnival world. They are family to each other and have each others backs.. Heather is very loving and takes care of everyone showing them kindness and compassion. Her kindness leads her and her friends to step outside their little bubble and out into the real world after an incident that forces them to leave the only home they have ever known.

Heather looks at the outside world as a fantasy, like going to Disney World, but she soon realizes that real life is not all it is cracked up to be. Here, they are known as freaks and every place they turn offers them another harsh reality. The outside world can be cruel and evil, something Heather, Miguel and Shiesha are not accustomed to. They face many challenges along the way, including a big secret that can change all of their lives forever.

Wow….just wow! Heather’s Turn is such an eye opener. I never thought I would be so impacted from a story like this. It has left me so emotional and saddened by the way people can behave and the way people can look down and treat others so negatively and so cruel. Christina Leigh Pritchard tackles racism in such a way that leaves you speechless. She does not hold anything back and shows the ugliness of narrow minded people that are still relevant in today’s world. You would think that we have grown as a society, but much the same hate for others still goes on today. I just wanted to hug Heather and her friends. They did not grow up to hate people no matter how different they were from each other. They could not understand why they were treated so differently and in a way it forces them to grow up.

The plot is really strong right from the start. Right when you read that first page you are automatically hooked. Good luck trying to put this story down, even for a second (Believe me I know I stayed up till 6AM reading because I could NOT put it down). Christina Leigh Pritchard has a way of drawing you right in with her words that flow so effortlessly through the pages. She weaves such an intricate story that has multiple components that all come together as one. There are many secrets that are revealed that will break your heart and make you cry. You hurt right along with the characters. Underneath it all though, lies a really important lesson and that is forgiveness. It is easier to forgive someone than to carry around hate in your heart.

It takes a story like Heather’s Turn to reaffirm why I read. I love a story that can give me all of the feels, that can make me laugh and yet still make me cry. Yes, this is a story about young teens, but it is a story that everyone should read. It does not matter if you are young or old (like me!). If I could sum up this novel in one word it would be – outstanding. Heather’s Turn is definitely going on my keeper shelf. 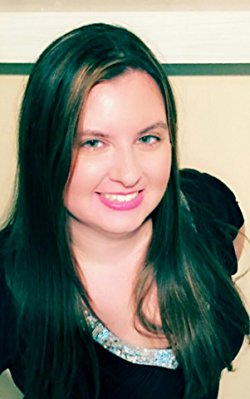 Voted “New and Noteworthy” by USA Book News, Christina Leigh
Pritchard was born and raised in South Florida where she’s penned
over fifty stories.
She’s recently signed with Limitless Publishing for her ALMOST Series,
takes on contract work, and continues writing her books.
Her style is any genre, as long as it’s character driven where both hero
and villain are not clearly defined. Pritchard says that she wants
“…her characters to linger in a reader’s mind, rather than be
easily forgotten”. She loves to create new worlds and prefers to
venture outside the box. With a short attention span, she writes
stories that move quickly, absorb their reader into her world, and
usually receives comments that the story was too short.
Website * Facebook * Twitter * Amazon * Goodreads